skip to main | skip to sidebar

Vines for reinforcement in weak ripraps 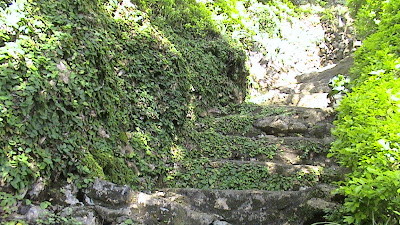 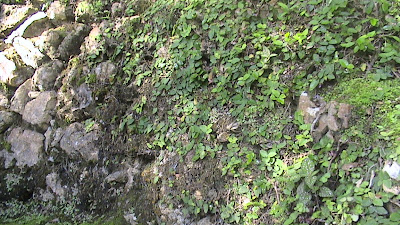 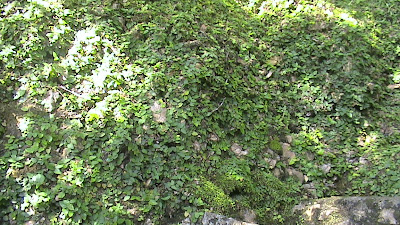 About 22 years back, a riprap or stone retaining wall was constructed along the steps leading to my house. Ten years ago I planted a crawling vine at the base of the stonewall, this vine spread itself on the ripraps as years pass by it attached itself on the individual stones as if it were glued to it. Eventually the stems of the vine grew bigger and held the stones like a net. I noticed that even if there were movements in the foundation of the wall because of soil erosion and other causes, the riprap remained standing despite bulging and convulsion in several locations.
This vine thrives well on walls be it stones or cement. Once it is planted and it begins to spread and do not need watering or much attention. The vine itself is very strong and sturdy. It is able to hold the stones in place preventing them from being dislodged by natural calamities or other causes.
Considering the benefits these crawling vines can give, why not give a try in ripraps of government projects in the Philippines. Anyway the scrutiny of inspectors of these projects is evaded as proven by erosions after a time which exposed the substandard structures. The ripraps grow weaker as time pass by but these vines can become a strong supporter by binding the stones tightly and preventing looseness that causes the walls from falling apart.
Nature has a way of helping man in its artificial quest of constructing, yet man fails to listen how nature speaks. Nature has a message of continuity and permanency while man thinks only of temporary matters and profit sacrificing excellence.
Posted by Peden at 11:56 PM 1 comment:

Pastors love your money more than your soul I was walking down Session Road,Baguio City one afternoon when I happen to pass by a Caucasian holding a big cardboard. Written in its surface are the following words,"Your pastor loves your money more than your soul." I asked this person,Jonathan Hopper, why he is doing this thing. He said that many pastors are getting the money of poor parishioners for their own purpose (that is, to buy cars and finance ambitious projects) instead of using church money to help the poor,widows, and orphans.

If there is truth in what Hopper was claiming, what then is religion? Another business? Where is salvation? Why is it so illusive?

It would seem that many church leaders are presenting salvation in terms of tithing or giving instead of preparing their members for the unseen; that salvation is pegged on material things, not on faith.
Posted by Peden at 4:18 AM 2 comments:

Of Leeches and Mosquitoes Some work by night
while others by day
still others do both
but one thing in common
both are blood suckers
of leeches and mosquitoes
giving sickness and woes
sucking between the toes
others at the elbows
to whom shall I compare
thy treacheries unfair?
like corrupt leaders
like selfish teachers
like cheating workers
like bribed writers
That hide the keys
to the door of success
which they entered
leaving the rest so battered
Posted by Peden at 6:19 PM 1 comment: